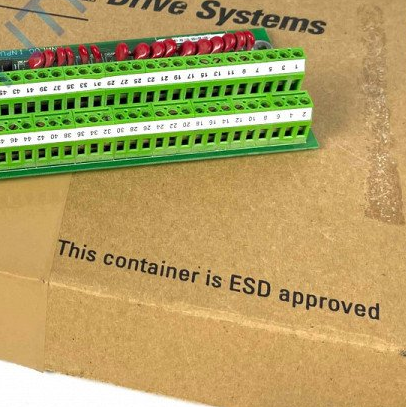 The DS200TBQCG1ABB GE RST Analog Termination Board features 2 terminal blocks with each containing 83 terminals for signal wires along with 15 jumpers, 3 40-pin connectors and 3 34-pin connectors. It was designed to be 11.25 inches in length and 3 inches in height and contains one screw hole in each corner for attaching the board in the rack located inside the drive.

It is important to use care when you remove the screws because a lost screw might fall on a board and cause an electrical short that leads to a fire or electrical burn. It might also jam in the moving parts which will damage the parts or cause the drive to fail. Space on the board is allocated to the terminal blocks which supply the means for receiving signals from other boards installed in the drive. These same terminal blocks also enable the board to transmit signals and information to other boards.

The replacement board might be a later version of the same model board. A newer version will contain the latest improvements. This will include the latest firmware and changes to the circuitry. It might also include newer components.

When you visually examine the board, it might have components in different locations and the components might look different. However, the board will maintain compatibility with the drive and will function the same. Also, the connectors will be present on the new board but might be located in different positions.