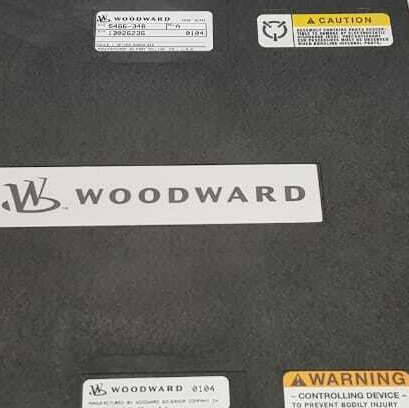 Module Description
This Actuator Driver module receives digital information from the CPU and generates four proportional actuator-driver signals. These signals are proportional and their maximum range is 0 to 25 mAdc or 0 to 200 mAdc. Figure 10-5 is a block diagram of the four-channel Actuator Driver module. The system writes output values to dual-port memory through the VME-bus interface.

10.3.5—Troubleshooting
Each I/O module has a red fault LED, which indicates the status of the module. This LED will help with troubleshooting if the module should have a problem. A solid red LED indicates that the actuator controller is not communicating with the CPU module. Flashing red LEDs indicate an internal problem with the module, and module replacement is recommended.