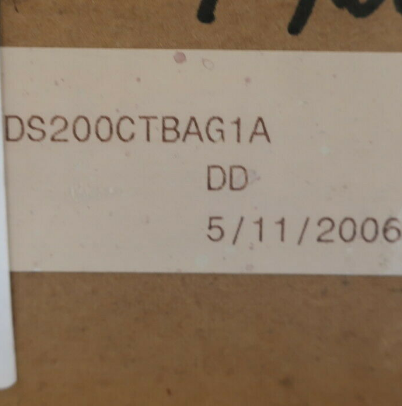 The SPEEDTRONIC™ Mark V Gas Turbine Control System is the latest derivative in the highly successful SPEEDTRONIC™ series. Preceding systems were based on automated turbine control, protection and sequencing techniques dating back to the late 1940s, and have grown and developed with the available technology. Implementation of electronic turbine control, protection and sequencing originated with the Mark I system in 1968. The Mark V system is a digital implementation of the turbine automation techniques learned and refined in more than 40 years of successful experience, over 80% of which has been through the use of electronic control technology.

The SPEEDTRONIC™ Mark V Gas Turbine Control System employs current state-of-the-art technology, including triple-redundant 16-bit microprocessor controllers, two-out-of-three voting redundancy on critical control and protection parameters and Software-Implemented Fault Tolerance (SIFT). Critical control and protection sensors are triple redundant and voted by all three control processors. System output signals are voted at the contact level for critical solenoids, at the logic level for the remaining contact outputs and at three coil servo valves for analog control signals, thus maximizing both protective and running reliability. An independent protective module provides triple redundant hardwired detection and shutdown on overspeed along with detecting flame. This module also synchronizes the turbine generator to the power system. Synchronization is backed up by a check function in the three control processors.

The Mark V Control System is designed to fulfill all gas turbine control requirements. These include control of liquid, gas or both fuels in accordance with the requirements of the speed, load control under part-load conditions, temperature control under maximum capability conditions or during startup conditions. In addition, inlet guide vanes and water or steam injection are controlled to meet emissions and operating requirements. If emissions control uses Dry Low NOx techniques, fuel staging and combustion mode are controlled by the Mark V system, which also monitors the process. Sequencing of the auxiliaries to allow fully automated startup, shutdown and cooldown are also handled by the Mark V Control System. Turbine protection against adverse operating situations and annunciation of abnormal conditions are incorporated into the basic system.

The operator interface consists of a color graphic monitor and keyboard to provide feed-back regarding current operating conditions. Input commands from the operator are entered using a cursor positioning device. An arm/ exe-cute sequence is used to prevent inadvertent tur-bine operation. Communication between the operator interface and the turbine control is through the Common Data Processor, or <C>, to the three control processors called <R>, <S> and <T>. The operator interface also handles com-
munication functions with remote and external devices. An optional arrangement, using a redundant operator interface, is available for those applications where integrity of the exter-nal data link is considered essential to contin-ued plant operations. SIFT technology protects against module failure and propagation of data errors. A panel mounted back-up operator dis-play, directly connected to the control proces-sors, allows continued gas turbine operation in the unlikely event of a failure of the primary operator interface or the <C> module.

Built-in diagnostics for troubleshooting pur-poses are extensive and include “power-up,” background and manually initiated diagnostic routines capable of identifying both control panel and sensor faults. These faults are identi-fied down to the board level for the panel and to the circuit level for the sensor or actuator components. The ability for on-line replacement of boards is built into the panel design and is
available for those turbine sensors where physi-cal access and system isolation are feasible. Set
points, tuning parameters and control constants are adjustable during operation using a security
password system to prevent unauthorized access.

DS200CTBAGIA is a termination board for GE common Data Processor. It has Ma.input and Ma. output.DS200CTBAG1A is mounted on a TBQA Board and has a 9 pin RS232 connector TIMN diagnostics . DS200CTBAG1A has two communication links,one link of IONET and the second one to the ARCNET processor.