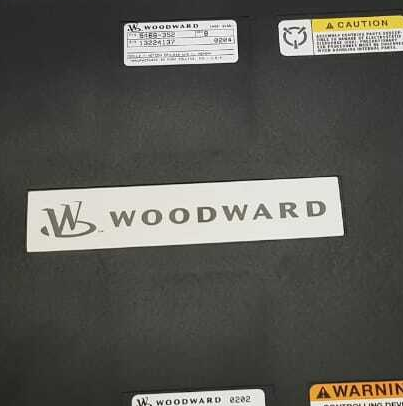 The CPU also tells this module in which rate group each channel is to run, as well as any special information (such as the type of thermocouple in the case of a thermocouple module). At run time, the CPU then periodically broadcasts a "key" to all I/O cards, telling them which rate groups are to be updated at that time.

Through this initialization/key broadcast system, each I/O module handles its own rate-group scheduling with minimal CPU intervention. These smart I/O modules also have on-card on-line fault detection and automatic calibration/compensation. Each input channel has its own precision voltage
reference. Once per minute, while not reading inputs, the on-board microcontroller reads this reference. The microcontroller then uses this data read from the voltage reference for both fault detection and automatic temperature compensation/calibration.

Limits have been set for the expected readings when the on-board microcontroller reads each voltage reference. If the reading obtained is outside these limits, the system determines that the input channel, A/D converter, or the channel's precision-voltage reference is not functioning properly. If this happens,
the microcontroller flags that channel as having a fault condition. The CPU will then take whatever action the application engineer has provided for in the application program.

A smart output module monitors the output voltage or current of each channel and alerts the system if a fault is detected. Each I/O module has a fuse on it. This fuse is visible and can be changed through a cutout in the plastic cover of the module. If the fuse is blown, replace it with a fuse of the same type and size.

Figure 10-3 is a block diagram of the two-channel actuator controller module. Each channel controls an integrating or proportional, hydromechanical or pneumatic actuator. Each actuator may have up to two position feedback devices. There are several versions available, and the module part number indicates the module's maximum output current capability. A MicroNet lowdensity discrete (gray) cable must be used with this module. Do not use an analog (black) cable.

This Actuator Driver module receives digital information from the CPU and generates four proportional actuator-driver signals. These signals are proportional and their maximum range is 0 to 25 mAdc or 0 to 200 mAdc.

Figure 10-5 is a block diagram of the four-channel Actuator Driver module. The system writes output values to dual-port memory through the VME-bus interface. The microcontroller scales the values using calibration constants stored in EEPROM, and schedules outputs to occur at the proper time. The microcontroller monitors the output voltage and current of each channel and alerts the system of any channel and load faults. The system can individually disable the current drivers. If a fault is detected which prevents the module from operating, by either the microcontroller or the system, the FAULT LED will illuminate.