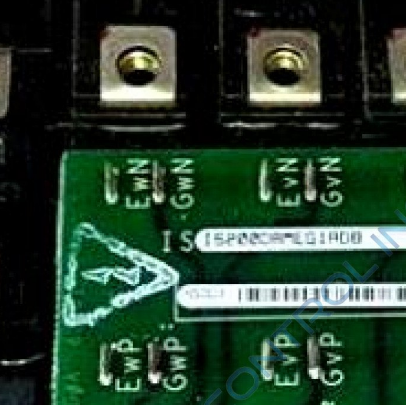 The IS200DRLYH1BBB features four light-emitting diodes or IGBT driver monitors named 2FF, 2ON, 1FF, and 1ON. 2FF and 1FF are green and 2ON and 1ON are yellow. The IS200DRLYH1BBB also contains twelve (12) pins or IGBT connections which are called C1, G1IN, COM1, C2, NC, COM2, and G2IN. The IS200DRLYH1BBB and other DAMD cards like it are shaped like the letter C. A large resistor with a small knob is situated on the left side of the IS200DRLYH1BBB. This resistor is long and rectangular and positioned parallel to the left edge.

The IS200DRLYH1BBB developed by General Electric is a printed circuit board or PCB created by General Electric or GE. This device was developed as a part of the Mark VI series of gas and steam turbine controls. It is designed as a small board shaped like a C and a square-shaped board attached on its right side. On the left side of the C-shaped half is a long white component which is lying vertically on the board?s surface. There are two solid white resistors that are positioned right next to this large component and many small components are visible on the side of this board. It also features four small light-emitting diodes or LEDs that are labeled as DS1 and DS2 light up yellow and the other two, labeled as DS3 and DS4, light up green. The DS1 is also named 1ON. DS2 is named 2ON, and the DS3 and DS4 are named IFF and 2FF respectively. These circuit boards contain twelve IGBT connection pins. These are named G21N, COM2, NC, C2, COM1, G1IN, and C1.