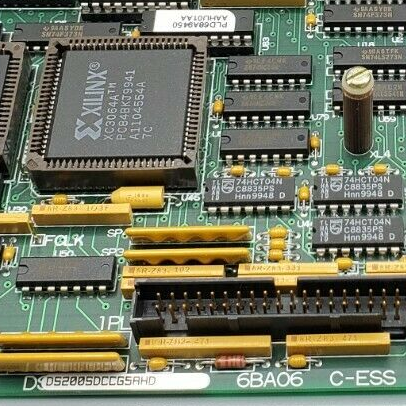 Preceding systems were based on automated turbine control, protection and sequencing techniques
dating back to the late 1940s, and have grown and developed with the available technology.
Implementation of electronic turbine control, protection and sequencing originated with the Mark I system in 1968. The Mark V system is a digital implementation of the turbine automation techniques learned and refined in more than 40 years of successful experience, over 80% of which has been through the use of electronic control technology.

The SPEEDTRONIC™ Mark V Gas Turbine Control System employs current state-of-the-art technology, including triple-redundant 16-bit microprocessor controllers, two-out-of-three voting
redundancy on critical control and protection parameters and Software-Implemented Fault Tolerance (SIFT). Critical control and protection sensors are triple redundant and voted by all three control processors. System output signals are voted at the contact level for critical solenoids, at the logic level for the remaining contact outputs and at three coil servo valves for analog control signals, thus maximizing both protective and running reliability. An independent protective module provides triple redundant hardwired detection and shutdown on overspeed along with detecting flame. This module
also synchronizes the turbine generator to the power system. Synchronization is backed up by a check function in the three control processors.